Sweet Plantain at the Woodland 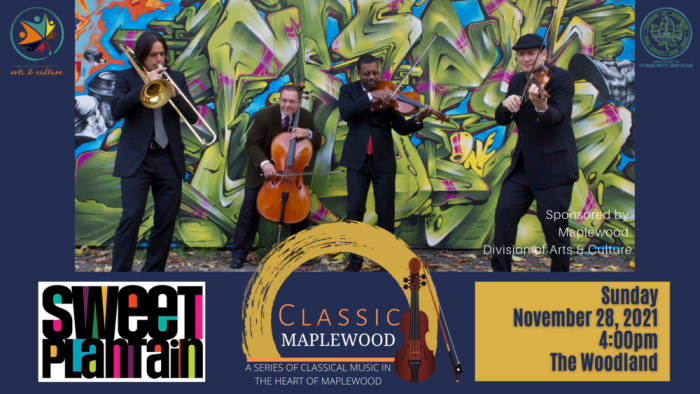 What’s more, the group inventively incorporates improvisation, percussive, and extended techniques that artfully fuse the western classical traditions in which they were trained with the jazz, rock, hip-hop, and Latin rhythms on which they were raised.

Separately hailing from Venezuela, Argentina, Russia, and the Bronx, together these musicians give voice to a sound that is both rooted in tradition and entirely new. Sweet Plantain is the kind of multicultural, chamber music group that can only be found in New York.

Gifted educators, the group has also led master classes, educational concerts, and held teaching residencies at Berklee College of Music (Boston), the 92nd Street Y (Manhattan), Celia Cruz High School of Music (the Bronx), and the Sun Valley Center for the Arts (Idaho), among numerous other schools and cultural centers throughout the U.S.

When not collaborating on this project, the quartet members can be found performing on Broadway, with various classical orchestras and other chamber music ensembles, and touring with megastars the likes of Marc Anthony, Harry Connick Jr, and Bruce Springsteen.