Has anyone had trouble with the billing dept. at Summit Health?

I haven't - what in particular are you having issues with?

We paidour bill, check cleared…SH screwed`up acctg and has been in accesible for months.  They publish only tel. No and no email.

to me summit health is a total cluster screw-up

Are you signed-up with the patient portal?  If so, sign on and go to billing and payments.  It will take you to "Have a question about your bill? Send a message to your provider's office." Click the link and you can send your message - it will go to the billing department.

Here's the link to the portal. 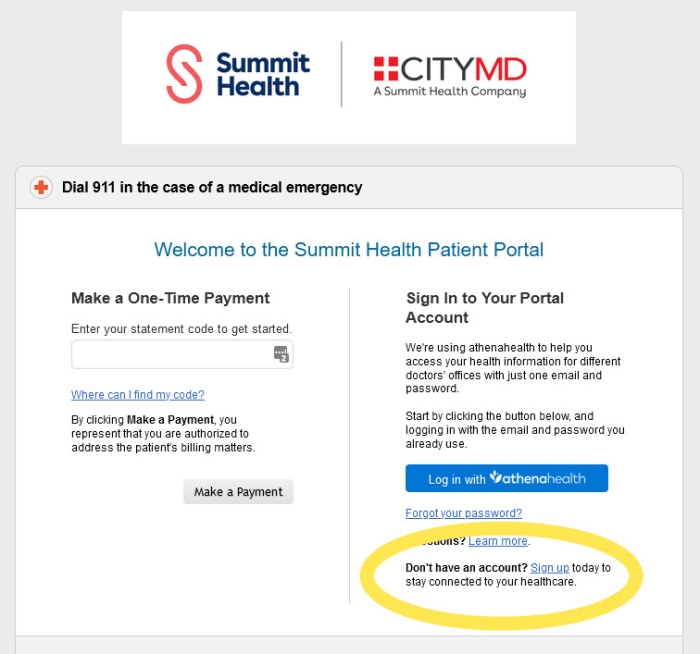 Story started in Jan ‘22.  Dr visit bills sent to Medicare and secondary.  I was billed for Medi annual deductible.  That’s what we paid (late Feb; check cleared mid Mar) I have no idea why it took 3 weeks.  Sumsnit kept billing.  Their bills only provide 1 tele number; no email; no snail mail.

I called this num repeatedly spending long times(often 15+ mins; over 40 mins once) on hold with no pick-up.  After more than a month called dr’s office— they would only say call billing- no attempt at helping.

1 week ago dr office called re: surgery.  I engaged admin about billing problem.  She found the source of the problem in less than 3 mins.  Sumsnit diverted my payment to cover a bill that had no idea of, involving a dr I never heard of; date 11/20.  I tried dealing with the snitters to no avail.

Decided to give portal a try today.  It didn’t recognize something or other at each step.  Carefully followed directions to change acct. NO go.  after a while gave up.  Decided to wait to call dr office admin.  Just prior to making that call I tried the portal again- same NO go.  Called, she remembered situation.  She called sumsnit and got the whole situation cleared up in no time.  Mystery dr cleared up; our payment properly allocated.  Meanwhile portal told me in one place NO go on my portal acct,  simultaneously told my email that I had successfully changed that same non-existent acct.

Final points- resolution of this problem took less time than time I spent on hold in any given month during this ordeal!!!  Dr’s office, not sumsnit, got it done.  Mystery dr happened bc of —wait for it— guess who.  Illegal diversion of my payment happened bc of—-??  Come on guess.

The first time I went to this practice was before they joined sumsnit.  So this is the first time I’ve gone to a sh dr. and they totally cluster-screwed up everything.  100% failure rate!!!

Do you understand why, from my perspective, sumsiht = POS ?

If you’ve stayed this long thanks for letting me dump this.

How rude of me to forget to thank you guys for your help.

May have if POS hadn’t screwed that up too.

Sent payment in and when I got the notification that payment was "past due", I called them and was told they were having issues with the mail and give it until the end of this week.

Well, the check cleared with my bank this past Monday but it is still showing payment not received.
Just spoke with them again and emailed a copy of the check. Oddly, the back of the check says " Absence of Endorsement Guarantor"